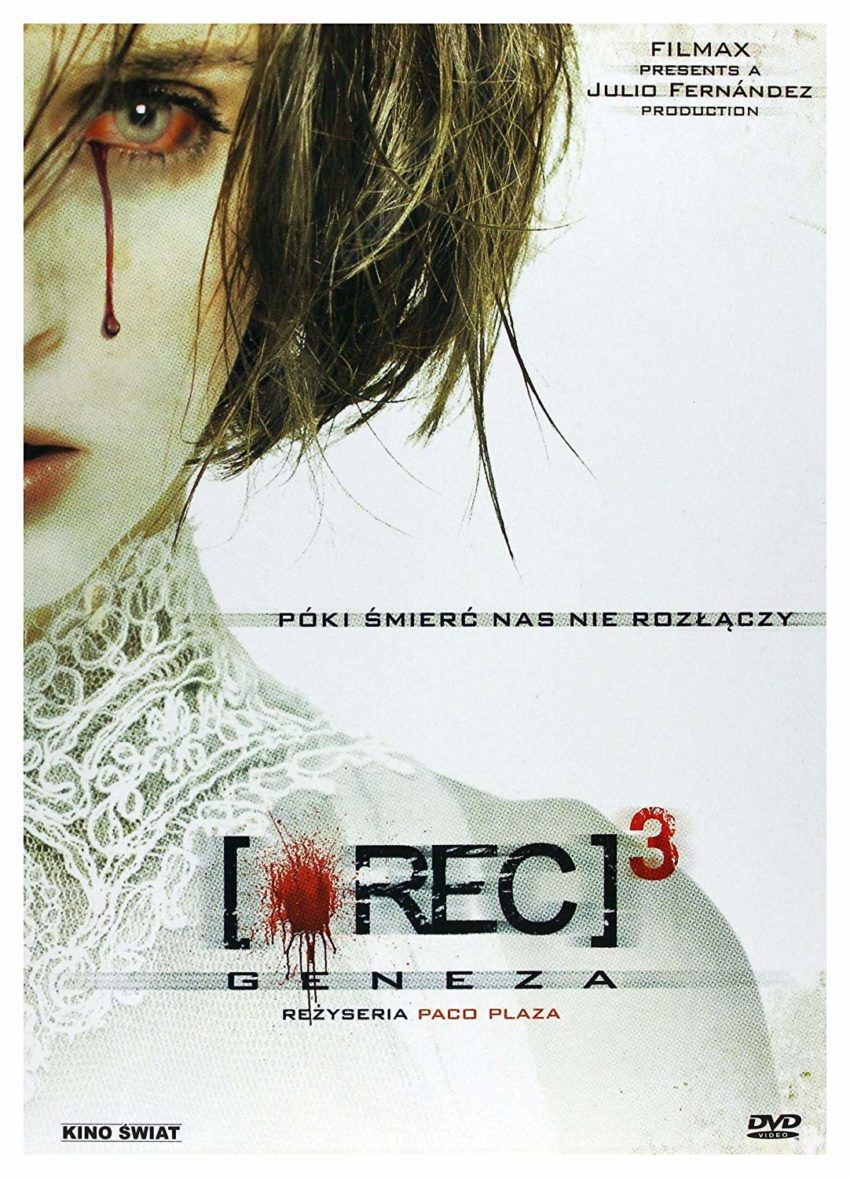 Til Death do you part!…no really, part or apart or in bloody pieces!!!!

What a great way to take something beautiful and annoying (Wedding video taping) and turn it into a Terminator meets Dawn of the dead and Exorcist adrenaline ride!

REC 3 picks up on the same story line by connecting the vet who must have seen (and been bit by) the dog from the original before heading to his nephew’s wedding. The wedding is set in a beautiful church then glamorous countryside Chateau. Though the film stays true to the use of shaky camera perspective for the first 1/3 of the film, when both camera operators are fighting to survive the film shifts into  straight narrative film.

The story which is cause by the uncle, surrounds the wedding couple Koldo and Clara. They are a super cute couple with fun friends and loving family, and surprisingly not annoying and can act well. When Uncle turns and vomits on (and bites) guests Koldo and Clara get split up. Each has a moment when they can flee but refuses to leave the other and stay in the hellish nightmare which is now being quarantined by government.  The key to their survival harkens back to REC 2 and demons versus the wedding’s priest, thus-Genesis.

This film works if you don’t go in expecting to be dragged into a serious horror world. In the first REC we became a tenant tagalong and were in the story, as we were subjected to the handheld camera’s perspective. Then in two, there was this attempt to to keep the fear going by bringing more people into the building and adding a religious and demon angle. REC 3 is a combination of the two (trapped-1 with demons-2) With a few gratuitous jokes and kick butt action sequences to amp up the excitement, it works.  Good old fashion jumps, laughs and fun~worth the movie ticket!