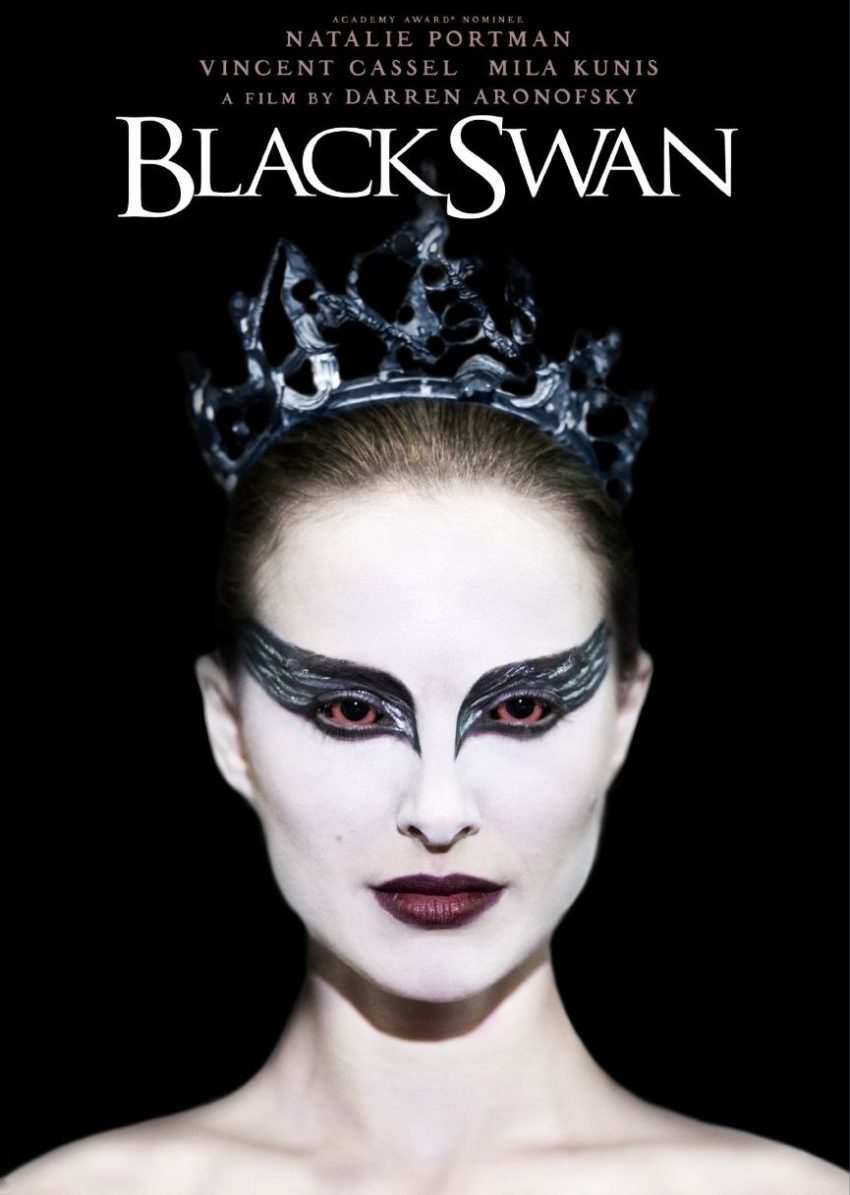 Black Swan is not only mesmerizing but it makes the world of Ballet really fascinating.

Darren Aronofsky is the Kubrick of our generation.

The story is about a frigid but gifted dancer Nina who due to self-torturing and a smothering mother finds being 99% proficient at dancing not good enough. She is a chorus member of a New York ballet company whose Prima played by Winona Ryder is forced to step down by the suave and over sexed company head choreographer played by Vincent Cassel. This in addition to a new and visceral production of Swan Lake make all of the chorus girls in the company very excited.

enters the group and is said to be the “Zippy” Yang to Nina “Uptight” Ying.  Reluctantly Cassel chooses Nina as his Swan Queen and as she fights to be both the innocent white swan and the seductive Black swan…all “you-know-what” breaks loose.

This film is truly in the vein of Requiem for a Dream. The eerie parts go in and out of dream sequences, leaving the audience as chilled and confuse as if you were in Nina’s mind.

This and The Professional are Portman’s best roles, featuring her range, skills and control in craft. Kunis shines as Nina’s friend and fellow dancer. She is sweet, smooth and a little funny at times which makes her character feel so real and helps to balance out the amazing Mommy Dearest oppressed Portman. Good Morning Winona  Ryder!

I got a Heathers flashback while watching and remembered the fact that she has this great ability of showing you angst and with maturity it was quite nice to see the prickly yet broken bitch that she rocked out! Cassel was also PERFECT as borderline, a great teacher and sleazy. And Woo Hoo to “Mommy Dearest” Barbara Hershey.

Thing is…you felt her love and often couldn’t hate her. It was just “those moments” where (if you were in the room you’d have had an inner “EEK”) she goes from nice mom with a cake to freak trashing 100 bucks because it was the wrong thing for a gift in less that 30seconds?!?! AMAZING! LOVED IT!

Like I said previously, Black Swan is very much like Requiem for a Dream style-wise, the difference here though is that each of these characters tips you back and forth emotionally.

In requiem, you saw the three (4 including mom) going down a bad road. But in Swan, it was easy to make a call on a character and then see your perception change as the story progressed. In the end all were damaged as well but they forced you to see the gray in each of their lives. The film is a triumph of character study and filmmaking. See it before the Oscar craze. It will be part of the buzz and possibly over-hyped by mid January. But it IS that good.