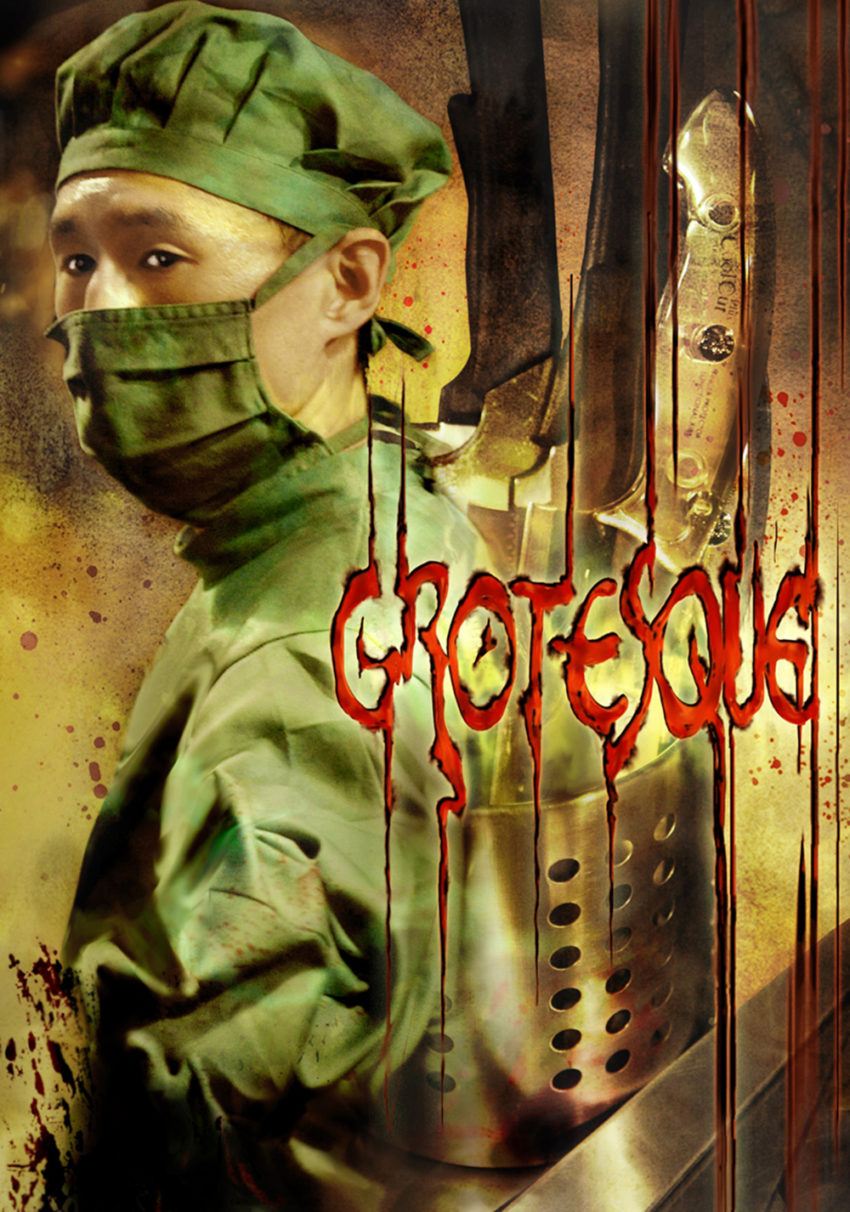 In the film GROTESQUE, I was hoping to employ that word and ignore the hate, but abstract from what?

Plainly put, IT MADE NO SENSE.

A guy sits in a van, See two people walking. Clunk Clunk, they are knocked out in the back seat of van (strange use of POV) Next we are in Jigsaw’s basement (real original ART DEPARTMENT) and the guy goes back and forth torturing and chopping off appendages of the girl and guy he kidnapped till the “Are you Freakin’ Kidding me???” over the top ending.

So what,  the UK didn’t want it. I can understand. Useless.

Writer/Director: Here we have a fan of torture horror that lacks imagination. I think what they thought was imaginative was the TYPE of torture. They didn’t get the memo: That’s not imagination, that’s twisted (not in a good way).

Give horror fans credits, the chase and the motivation leading up to the kill is a big part of the enjoyment. In a way it’s like a mystery, who’s going in what order and why. The blood is for shock value not the point.

Ranting aside, they had a decent FX crew, but too much was spent on that and not the WRITING/STORY. UNLESS…

If this is a anti-film to show the stupidity of torture pics, it kinda hit the mark.

REALLY, don’t expect much from this film excepts S LOADS of blood and guts with  no plot.