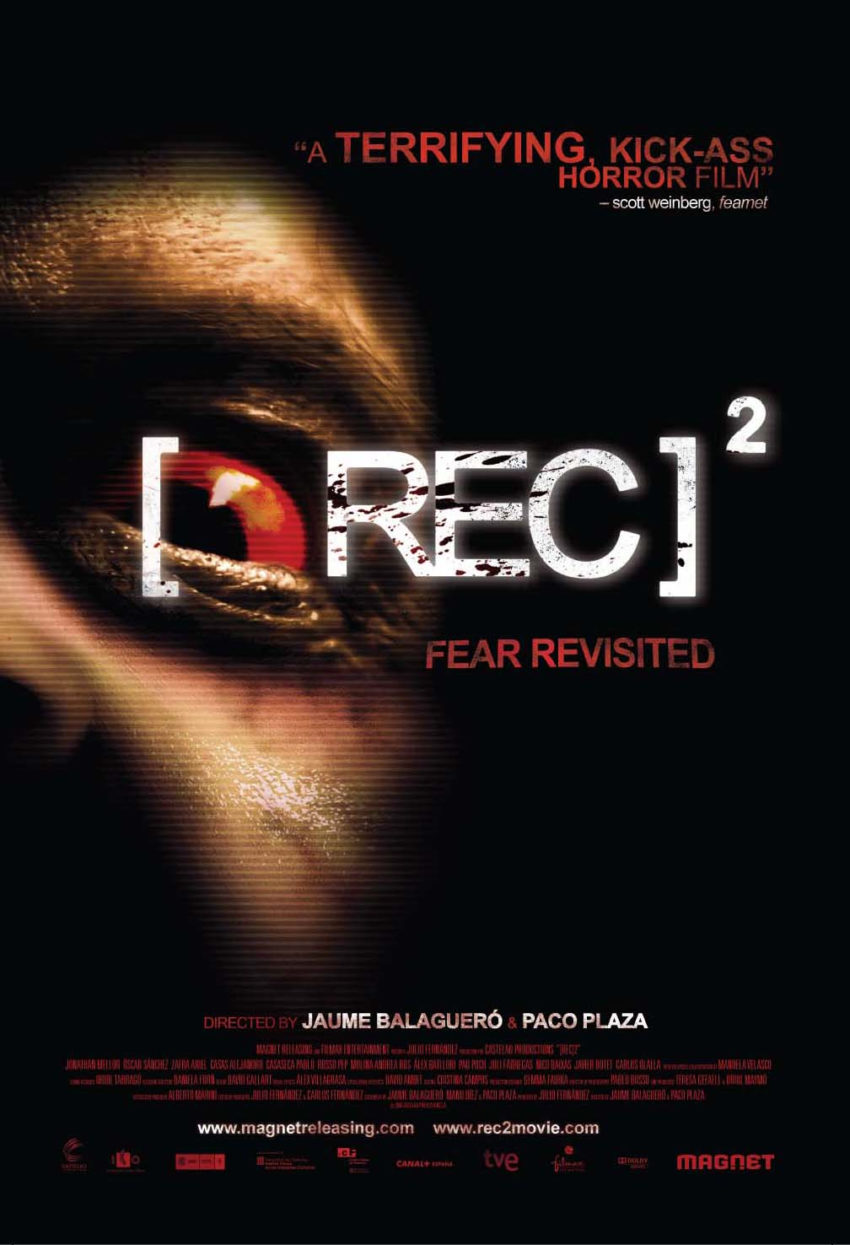 They went back in…What were they thinking?!?!

So, I was afraid, very afraid.

There‘s this thing that’s out there, it’s called “Sequel-itus”!?!?!

A company is so amped up to cash in on a movies popularity they crank out quick flop. There are several reason to be afraid:

1. All of the characters you liked are dead (then you get ” But wait…they’re not REALLY dead syndrome” everyone has a price tag and/or a replacement actor or BAD SEQUEL actors)

2. The orig. director ran for the hills when they said sequel, now Joe Blow who did a student music video and a toilet cleaner commercial is at the helm.

4. Commercials lied, we didn’t really like the first one but execs. Are looking at the first weekend of Box office, not noticing that it pretty much tanked once ppl saw it.

5. Like “Legion” They put the best stuff in the trailer.

6. What is this??? Totally different story.

So well, REC 2 fell into some of these pothole and sidestepped the others.

So we pick up right after the other story. There are more cops and a specialist that go in to see what happened. Once inside, the cops find out there is a new objective and the only one that can ok aborting the mission is the crazy specialist who’s agenda is so out there, it annoyed me!!!

But we need more victims to get to an hour and a half. So here come some idiots who sneak in a man-hole (WHY????)and get followed by some firemen/cops and they all get trapped inside.

Yeah it’s dumb, but the only saving grace is that the action picks up a bit from …

Remember REC like Blair Witch and Cloverfield are from the camera perspectives.

So, we start with the cops and specialist, then when the Sh%#  hits the fan (and I think their camera goes down) we switch to the other group and their camera.

Then, the main actor who (we thought) was dead, comes back?!?! And I do like the character but she’s a demon? Really?!?!?

So yeah the specialist is a priest.

The multiple cam ideas is clever, but the whole demon thing muddles good intensions and strays from the zombie/rabid concept we fell in love with originally. The writers must have been hanging out with Linda Blair or reading Friedkin and watching Rashomon? All over the place!!!!

Yes, it’s not total crap, but a little disappointing.

Watch at your own risk.