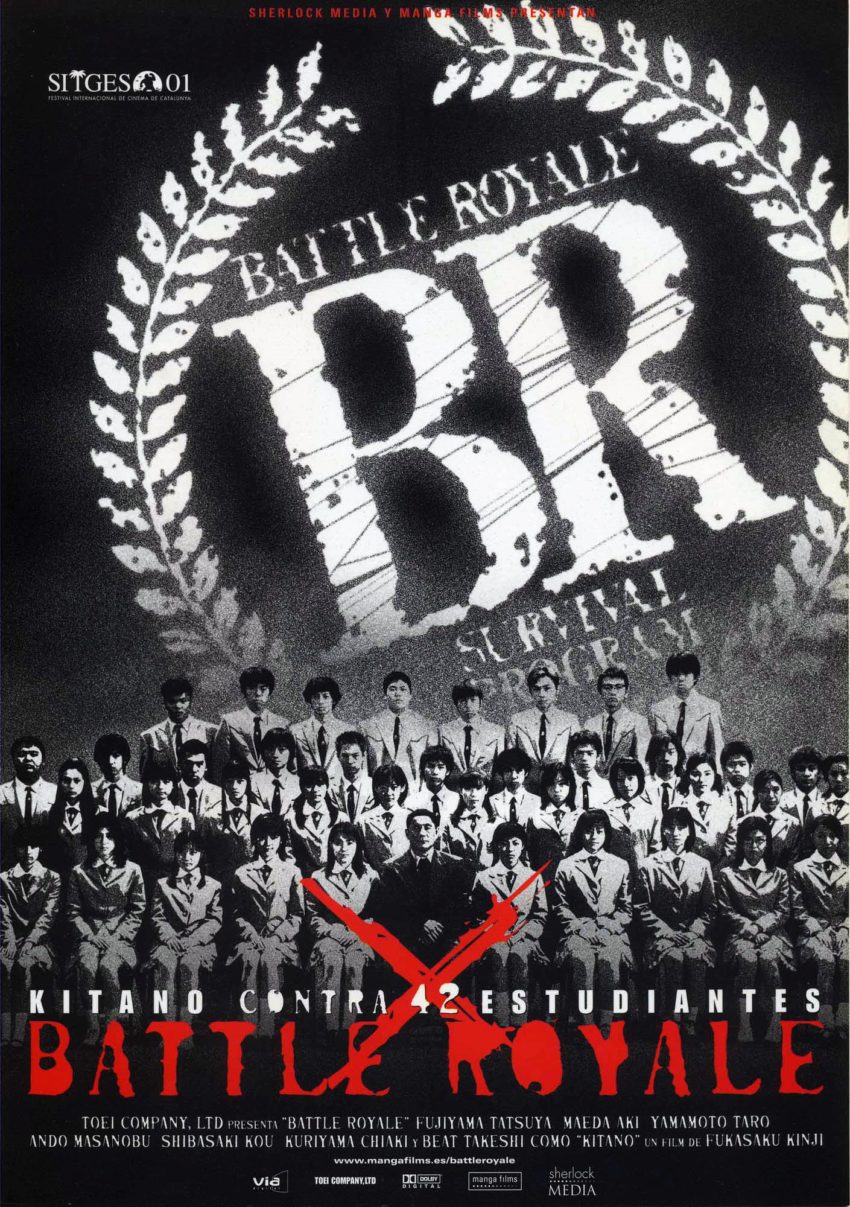 Lord of the Flies meets the Breakfast Club.

I worked with this really cool chick (a while back) that was just as into horror as me, if not more so. I found this out when, one day, she came in wearing a Battle Royale T-shirt. Someone commented great movie and she said to me “You like horror right?” When I said yes, she went on a tirade about Asian and Italian “Ultra Gore/Violence”. I was so interested and thought “What rock have I been under?” The first movie suggestion I watched from her list which included “Suicide Club” (I’ll talk about that in another review) “Itchi The Killer” (she said more a dude flick but lots of violence-she was right!)  and Fulci’s “Zombie” was BATORU ROWAIARU (BATTLE ROYALE)

The film’s premise is simple and clever. Population control.Take a group of 42 rotten/normal Jr. High kids, throw them on an island and give them a deadline to kill each or they all die! HILARIOUS!

It would be one thing to say that everyone had a fair  chance, but with each kid getting a backpack with random weapons (1 person gets a gun another person get binoculars) the students must quickly make decisive choices to win-Not playing is NOT an option.

This pic is more of an adrenaline rush and social commentary than horror. But when the gore comes, it comes in FORCE. The kids are funny as heck and at times send chills up the spine. The leads are melancholy…yeah yeah. But the teacher is one mean mother (Shut yo mouth!!!!).  This film is what my friends would call “Good Times”. From start to finish you’ll be on the edge of your seat, then laughing, then on the edge of your seat again! If you’ve never done Asian Horror (wake up and smell the Wasabi!!!)

P.S. There’s more out there than just “The Ring” or “The Grudge” and if you haven’t seen this movie GET IT NOW!!!!!