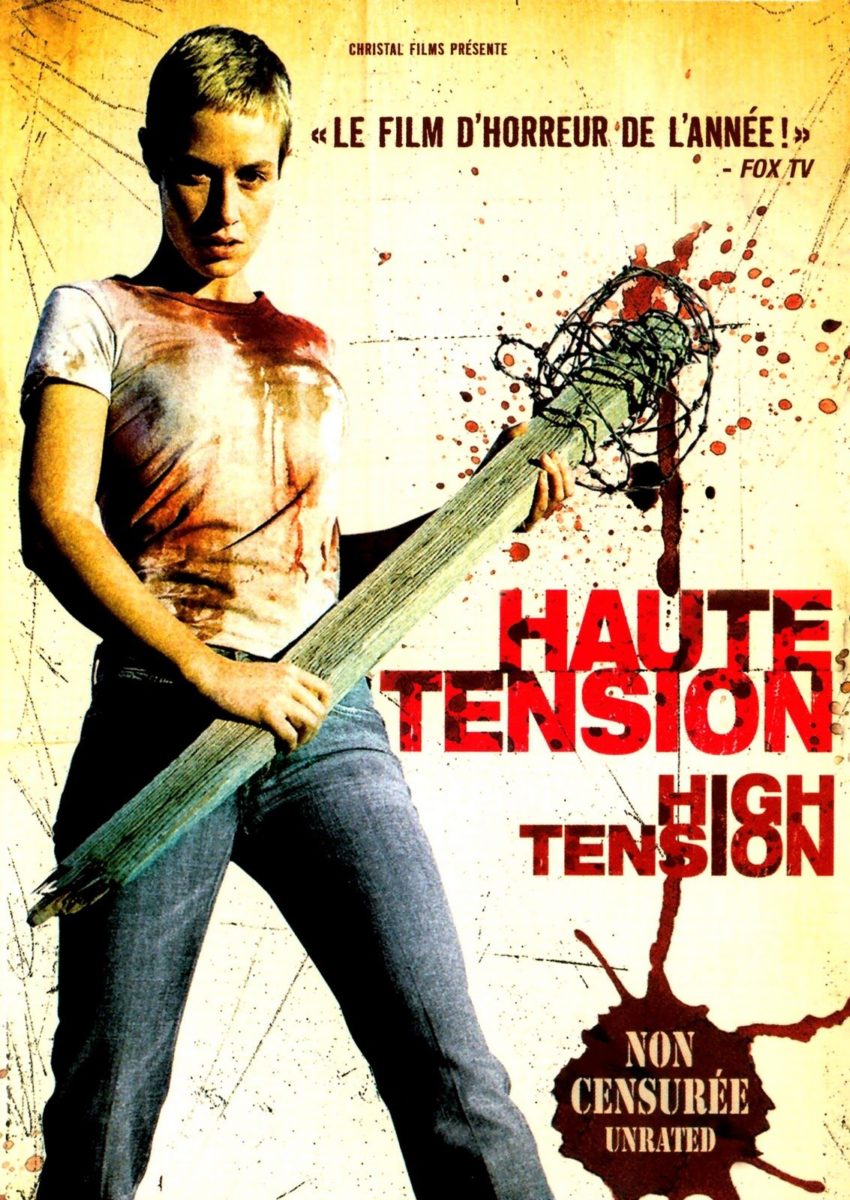 What would you do to save your best friend?

In this intense horror thriller by Alex Aja and Greg Levasseur, two girls Marie and Alexia go to Alex’s parent’s house in the country for the weekend to study. Once there, the family and guest are terrorized by a killer who shows no mercy. When the dust settles Marie takes off to rescue her friend who has been taken by “le tueur”-(the killer).

Like any great classic they put the characters in the middle of nowhere with limited resources. Their roles seem straight forward(for the most part) The action takes place at night. And as the events unravel, the quietness of scenes right before serious action is downright terrifying. Which is still nothing in comparison to the actual fights and/or kills.

One of the best part of films like this is watching the hunted become the hunter. But that’s only the tip of this iceberg. This film is a well done bloody thriller, which kept me on the edge of my seat for the whole ride. The three lead characters; Marie, Alexia and Le Tueur are fierce and unrelenting. It’s a great combination of stylistic  cinematography and classic horror. Aja and Levasseur really throw their hat in the horror ring with this film. Which was taken note of at Sundance and the reason they have been in high demand ever since (The Hills Have Eyes (remake), Mirrors, Pirhana 3D {2010})

Sad fact to this review is that if you’re reading this, then you probably want the skinny on the story. Which I hope I haven’t given too much away. Thus, if you haven’t seen it by now and really want to enjoy

“Stop reading reviews of this film”-LoL.

The problem here is that most sites (often the reviewer) give away spoilers, which take the “umph” out of watching it fresh. How many of you read the spoilers for “The Others” and saw it with even a hairless of enthusiasm? That’s the point! It’s 2010 which means you should have seen this and/or you must have heard the buzz by now. If you’ve been putting it off, just do it. But bypass the message boards on IMDB or Bloody Disgusting and enjoy!!

OTHER FILMS By Aja