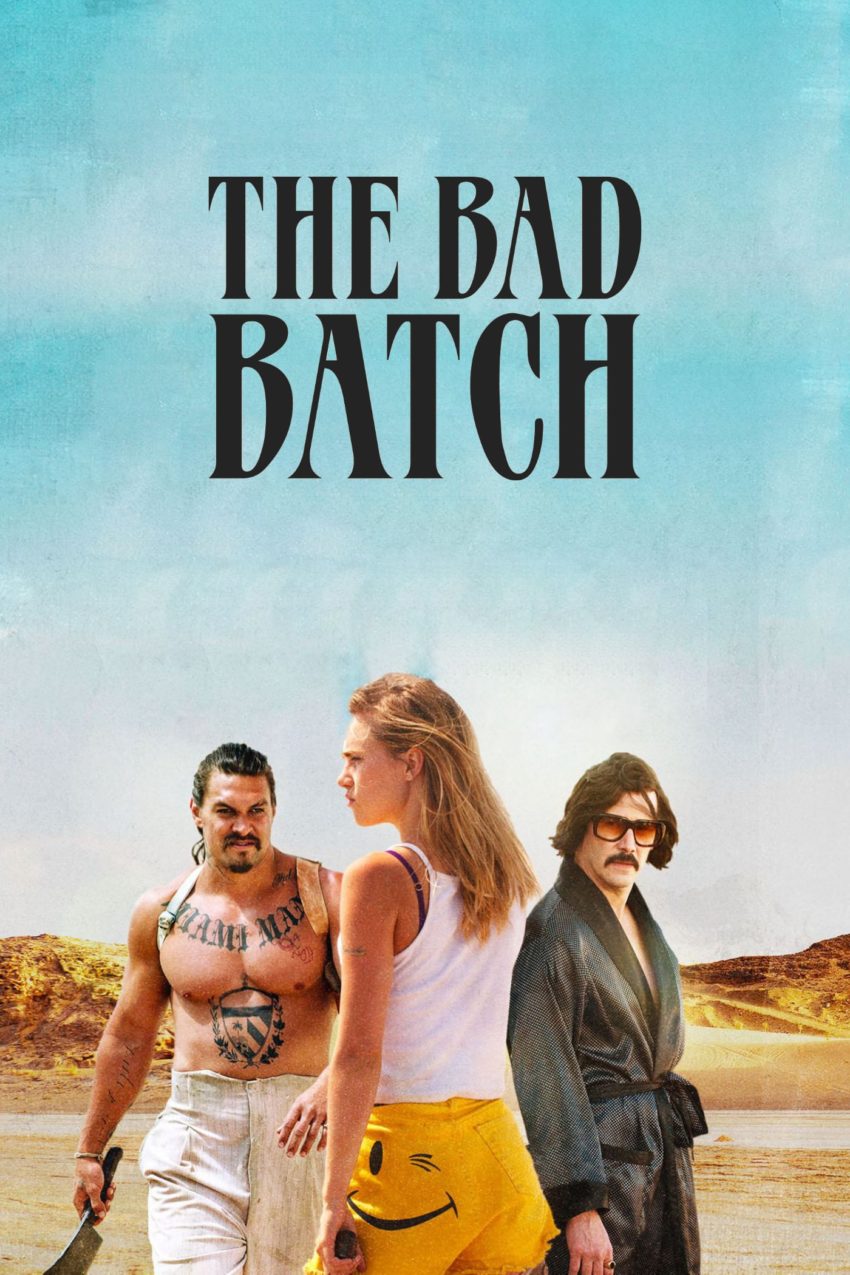 I have two views on this film.

Let’s start with an overall take…

Here we have the story about a loner in a dystopian world…Mad Max? No Arlen.

In the Bad Batch, Ana Lily Amirpour gives you an unapologetic heroine, that never really asserts purpose, but discovers a moral imperative.

*Sidebar: I would be remiss If I did not mention again that we see an actress with no disability play one – an amputee this time. *(We must start using the full breath of actors that are out there!)

First off, I want to say I loved Amirpour’s “A Girl Walks Home at Night” and I think the director is a woman who is tapping into a genuinely interesting feminist perspective of genre consciousness.

In The Bad Batch, Arlen (Suki Waterhouse) has just been released from Texas into the lawless United States, a desert wasteland, where drugs and cannibals are everywhere. It’s not long before she’s captured and partially eaten. Deciding not to be a full meal, she stages a daring escape and is back in the desert, now missing a few limbs.  She is near death when a hermit finds her and takes her to “Dream”… and all is better, or is it? In a simply but restless state, she wanders out into the wasteland desert again and finds a hurt woman and her child. In a bleak reality check, Arlen kills the mother and takes the child.

Arlen kills the Black Mother for no apparent reason. The mother is her and not attacking and with a child who is also not attacking. Was she a Trump Voter who never heard of the term Black Lives Matter? It should be noted that this was not the first kill (The first kill was a white woman and it was for cannibalistic purposes) But With the killing of the Black woman, there was no menace, and not even a utility to her death…simply that Arlen could. I noted that the mother was one of two POC murders in the film, but the other (the male on the motorcycle) did have more of a purpose as he was desiring Arlen and prepared to trade with Miami Man for her. So, the purpose was…save the white girl,  who doesn’t return the favor when Miami Man is shot.

This film is symptomatic of the disparagement of the African-American and POC in American Cinema. There is this lack of character development which relegates many people of color to flat, set furniture in potentially interesting pieces of cinema.

I was also struck by this article (about Amirpour disregarding a black woman’s query about the callous use of POC in her film The Bad Batch) by Valerie Complex in Affinity Magazine. This experience mirrors my experience at a Detroit screening and  Q&A where I ask Katheryn Bigalow a similar question about why Black Women and mothers were not featured in her film. Both Bigalow and Amirpour did not seem to understand their part (Like Sophia Coppola  with the Beguiled) in undermining the black Female Voice in the media Medium. It is all the more stinging as they all profess to be the breakthroughs who do not understand that their vision and choices are even more so under scrutiny and held as the marker or standard. Thus, if they are ok with marginalizing WOMEN in the medium, they are in essence assisting the mysogynist dogma and Gaze that we are all fighting.

Though this film does have feminist and in general, story telling merits for what it is, the bigger picture that the filmmaker should recognize is this…

When you shatter the glass ceiling, please be mindful not to let the chards break down the sisters around you.