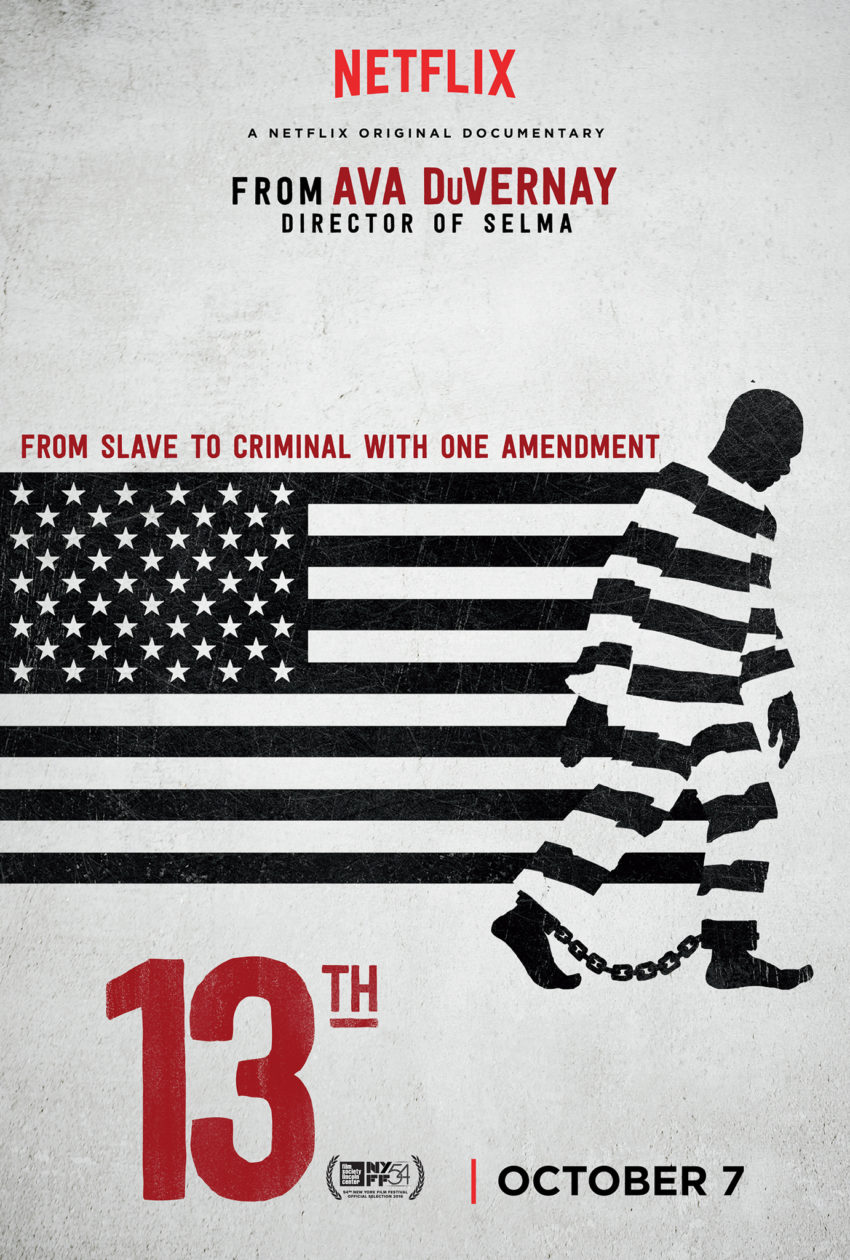 Ava DuVernay and her team have done a phenomenal job at showing the bias and the corporate greed in America’s Justice system. The experts that she’s interviewed on both sides of the political isle explore racism, greed, and corruption from slavery to mass incarceration as it has played out in our communities.

Systemic Racism doesn’t simply go away, it unfortunately evolves…and is repackage by the government (Jim Crow) and then private corporate sectors (ALEC-American Legislative Exchange Council) and it’s expansion of “for profit” prisons systems, but in the end it is not merely the relegation of minorities but also the structuring of the system to keep high numbers of people in prisons and utilizing them as a work force.

You’ll never see this on your denim jeans…

Our Products are “Made in America” (by wrongfully imprisoned inmates?!?!)

Then there are the superstar interviewees that really punctuate the problem with our systems.

The commentary on this issue ranges from Political Activists and educators like Angela David and Henry Louis Gates to staunch Republican Newt Gingrich. All with very smart and insightful takes on a system failing its citizens.

There are also harrowing reminders of how these systems and government has failed its innocent with such cases Kalief Browder, a 22-year-old black man who committed suicide in June 2015 after being imprisoned for three years at New York City jail complex and an unarmed Trayvon Martin was shot and killed by George Zimmerman who hid behind the Florida “Stand Your Ground” law.

“Neither slavery nor involuntary servitude, except as a punishment for crime whereof the party shall have been duly convicted, shall exist within the United States, or any place subject to their jurisdiction.”

At the core of this extremely powerful documentary is the self-reflective look at Slavery, its attempted abolishment and where we are at now as a nation.

Have we really found common ground?

Or is divisive rhetoric and sentiments still bubbling within the underbelly of the nation?