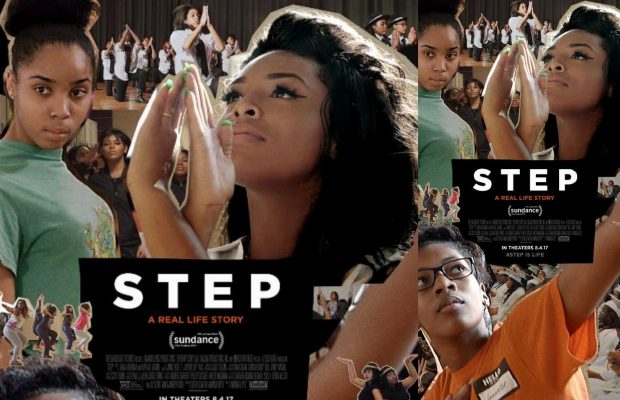 Advocacy#STEP
#StepIsLife
#BlackGirlMagic
2 women …(yes I must note Caucasian for specific reasons of intent and personal motivation) set out to tackle “American Blackness” and “Black history”
Major Historical Event…
#1 “STEP” Amanda Lipitz
(Baltimore angst right after Freddie Gray verdict)
And then
#2 “Detroit” Kathryn Bigalow
(The 1967 Detroit riots)
Both films open this Friday, August 4th, 2017
How were the Q & A’s?…
Having just seen “Step” in a room full of Black women and some men, it differs from the predominantly Caucasian audience of Detroit – it all sheds a light and I will explain but…
“Step” has lifted my heart and help me to better understand why I grappled with Detroit.
What is the film form?…
– #1 is a doc vs #2 a narrative with facts?!(allowing for writers to pick and choose truths and stretch dramatic narratives)
And the story is about…
– #1 is the story of HS seniors/ the founding class of an all girl charter prep who find a bond through Step squad to persevere through adversity. And #2 is a narrative telling of a few isolated inncidents during the 1967 riots in Detroit Michigan, central is the depiction of the murders at the Algiers motel on Woodward, a night where innocent teens faced off against maniacal law enforcement, state troopers and the National Guards. Essentially blacks we’re targets, abused and historically received no justice to their unrest.
How did the producers come to the project…
-#1 grew up in Baltimore and her mother was an avid activist and a rescue hotline advocate and asked her daughter to film everything to better tell these stories. Thus, Amanda simply went in to document girls in a STEP squad from the charter school, like she had done with many youth environments in Baltimore and got to connect with the people and town central to the story she was about to tell. And #2 was told by her white male writer partner (From Zero Dark Thirty) that here was a great idea and that they should research, but had no personal attachment – to any movement or city.
And what now…
#1 stays in touch with the girls, teachers and the prep and continues to work with/give back to Baltimore and #2 moved the $$”city shooting revenue-production” to Boston halfway through (to stay on budget) and is doing a “Hollywood” press junket.
Black Mommy’s take
#StepIsLife
So proud to have taken Harlowe to see #STEP last night.
So proud for a hopeful and truthful message about/and for the Blackness and the Black community.
So yes, we ARE magic, and not always the 4th in line
(just remember to work “4 times as hard”)
#BlackGirlMagic
And so glad to better articulate my anger not being towards white women, but more so understanding the difference between the earnest and empathetic approach of a story teller versus the appropriation of a history for fame, and finding the “in” issue to commodify.
Though I am from Detroit; a prouder, more earnest, humble, beautiful and truthful part of our history is presented with #STEP and lends itself to showing through love and persistence, that Black Lives Matter.
#STEP is why you should never erase black women from our history.
#STEP
#StepIsLife
#BlackGirlMagic